This galaxy was formed due to a collision of two smaller galaxies approximately five to nine billion years ago. According to many other theories, Andromeda was born about 10 billion years ago when many smaller proto-galaxies merged together. The rate of star formation in the Milky Way galaxy is much higher than Andromeda.

READ ALSO :  What is the Life Cycle of a Star? 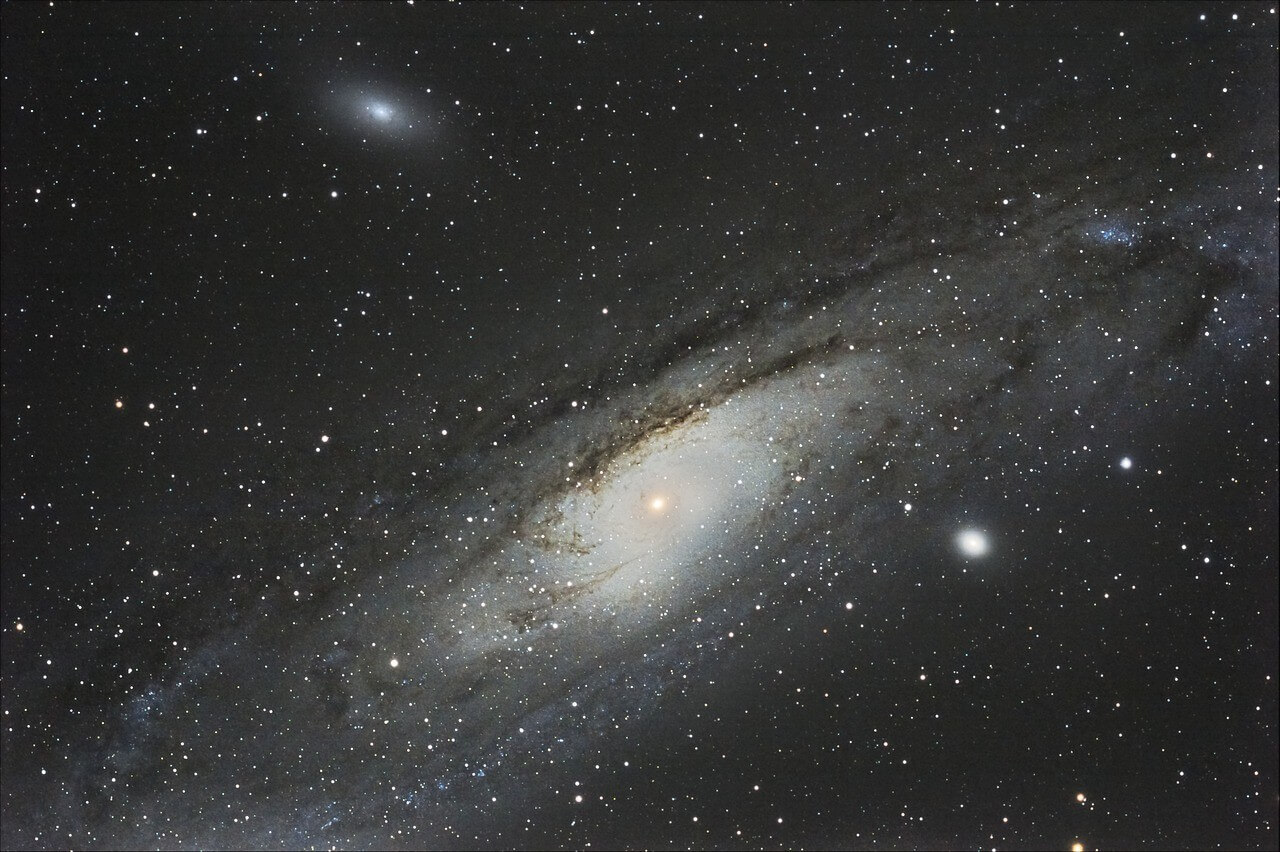 Is Andromeda a Barred Spiral Galaxy?

This galaxy is a barred spiral galaxy. The Andromeda galaxy’s bar is observed almost directly along its long axis. Studies show that the two spiral arms appear to be lightly wound, although they are more widely spaced than in our galaxy.

Andromeda is known to possess a dense and compact star cluster at its galactic centre. M31 contains approximately 460 globular clusters. But, the luminosity of the nucleus is more than most of the luminous globular clusters. The most massive of these clusters is Globular One with several million stars. It has the highest luminosity in the Local Group.

How many satellite galaxies does the Andromeda Galaxy have?

The Andromeda-Milky Way collision is a galactic collision which is predicted to occur after approximately 4 billion years between the Milky Way and Andromeda galaxies – the two largest galaxies in the Local Group.

Although the Andromeda galaxy contains almost one trillion stars and the Milky Way contains almost 300 billion, the chance of even two stars colliding in this galactic collision is very negligible because of the huge distances between the stars.

READ ALSO :   What are the five Characteristics of a Star?

The Milky Way and Andromeda galaxies both contain a supermassive black hole in their galactic center that will merge near the centre of the newly formed galaxy when this galaxy merger will happen.

When these galaxies will come within one light year distance of one another, they will release gravitational waves which will radiate further orbital energy until they completely merge together. Gas consumed by the combined black hole will likely create an active luminous galactic nucleus.

READ ALSO :  What is inside of a Black Hole?

Will Earth be destroyed when the Milky Way and Andromeda collide?

But there would be no destructive effect of this collision on the solar system and also there is very small chance of any disturbance to the Sun or planets. By the time, when the two galaxies will collide, the earth’s surface and surrounding atmosphere will have already become far too hot for any liquid water to exist and all terrestrial life forms will end.

What will happen when Milky Way and Andromeda collide?

According to simulations, this post collision object will be similar to a giant elliptical galaxy. But it will have fewer number of stars than the current elliptical galaxies. It is also possible that this gigantic collision could result in the formation of a giant disc galaxy.