What is Ceres made of?

Ceres consists of a thin and dusty crust. A rocky inner core has been found at the centre of this dwarf planet. Also, its crust is mainly composed of rock. From the various observations of Ceres from our Earth, scientists have found that its surface contains clays which has higher amount of iron.

A small percentage of carbonates have also been found in the surface. Thus, it is one of the very few celestial bodies in our solar system which are known to contain these minerals. Earth and Mars are the other two objects which contain these minerals. Carbonate compounds are considered as very good potential indicators of habitability of any living being.

READ ALSO : Could We live on Mars? 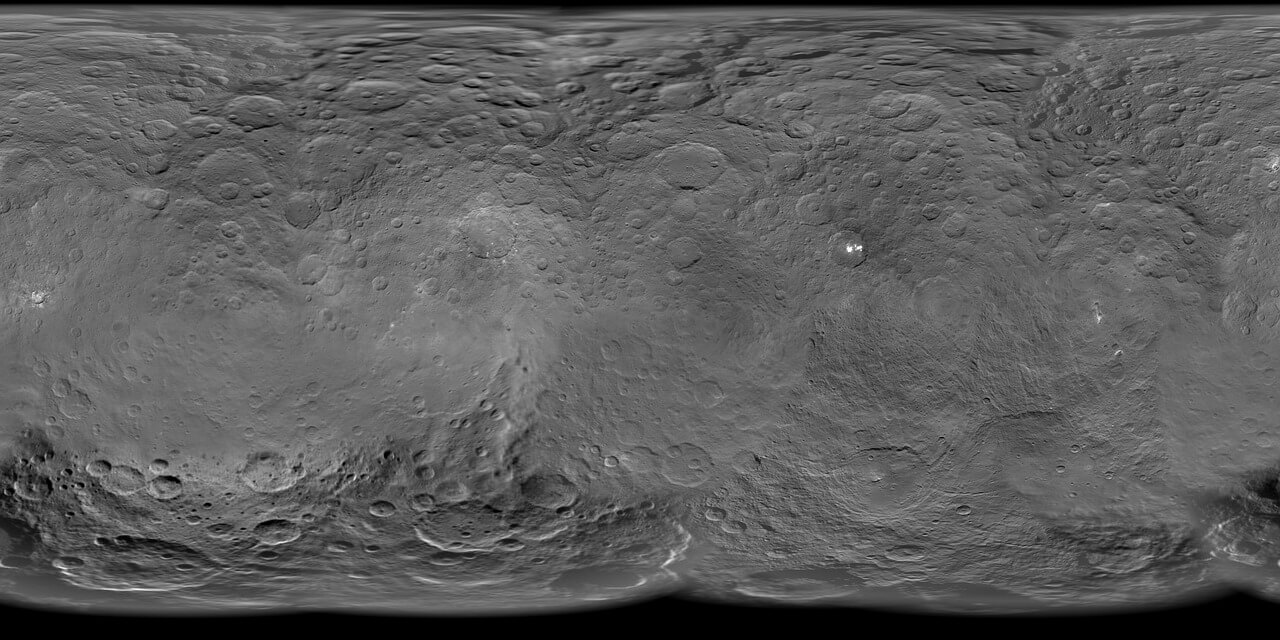 Does Ceres have fresh water?

Ceres has a density of approximately 2.09 g per cubic centimeter. For this reason, scientists believe that almost a quarter of its weight is water. Therefore, it may contain more fresh water than our Earth. The average surface temperature of this dwarf planet ranges between -38°C to -105°C. Thus, the water available at the surface of Ceres would convert into ice, which would potentially create a thin layer of ice on the surface.

How did Ceres get discovered?

Astronomer Giuseppe Piazzi discovered Ceres on 1 January 1801 at Palermo Astronomical Observatory in Sicily. At first, it was considered as a planet. It was named after the goddess of corn and harvests in ancient Roman religion. Four new objects were discovered in the same region of the solar system within a decade. All the four objects were considered as planets.

However, after almost 50 years, astronomers and scientists started to consider Ceres as an asteroid. Finally, in 2006, it was given a permanent status by the International Astronomical Union (IAU) and it was again promoted to the status of a dwarf planet. But it was not able to achieve full planetary status in our solar system. The reason was it failed to gravitationally clear its orbit of any debris.

READ ALSO : International Astronomical Union- Why Pluto is not a Planet?

According to many astronomers and scientists, there is a strong possibility that Ceres could become destination for human colonization because of its abundance of ice, water and minerals.

READ ALSO : Can we Colonize Space?