The Kuiper belt is a region of the solar system beyond the eight planets. It extends from the orbit of Neptune to approximately 50 Astronomical Units (AU) from the Sun. It is also termed as the “Edgeworth- Kuiper belt”. Kuiper Belt is similar to the asteroid belt. But it is far larger, specifically 20 times as wide and 20 to 200 times as massive. We will also discuss about Kuiper Belt Objects here.

It mainly consists of small bodies which are remainders from the solar system’s formation. Unlike most asteroids which are composed mainly of rock and metal, most Kuiper belt objects (KBO) are composed largely of frozen volatiles. These volatiles are termed as “ices” of methane, ammonia and water.

It is home to at least three dwarf planets – Pluto, Haumea and Makemake. Neptune’s moon Triton and Saturn’s moon Phoebe are some of the solar system’s moon that have actually originated from the Kuiper belt.

How Kuiper Belt is named?

This was named after Dutch- American astronomer Gerard Kuiper. Since it was discovered in 1992, the number of known KBOs has increased to over a thousand. Now more than 100,000 Kuiper belt objects over a 100 km in diameter exist.

It was thought to be the main depository for periodic comets, whose orbits lasted less than 200 years. Studies and researches since mid-1990s show that it is dynamically stable zone. The place of origin of those comets is the disc, which is a dynamically active zone. The outward motion of Neptune formed the disc 4.5 billion years ago. 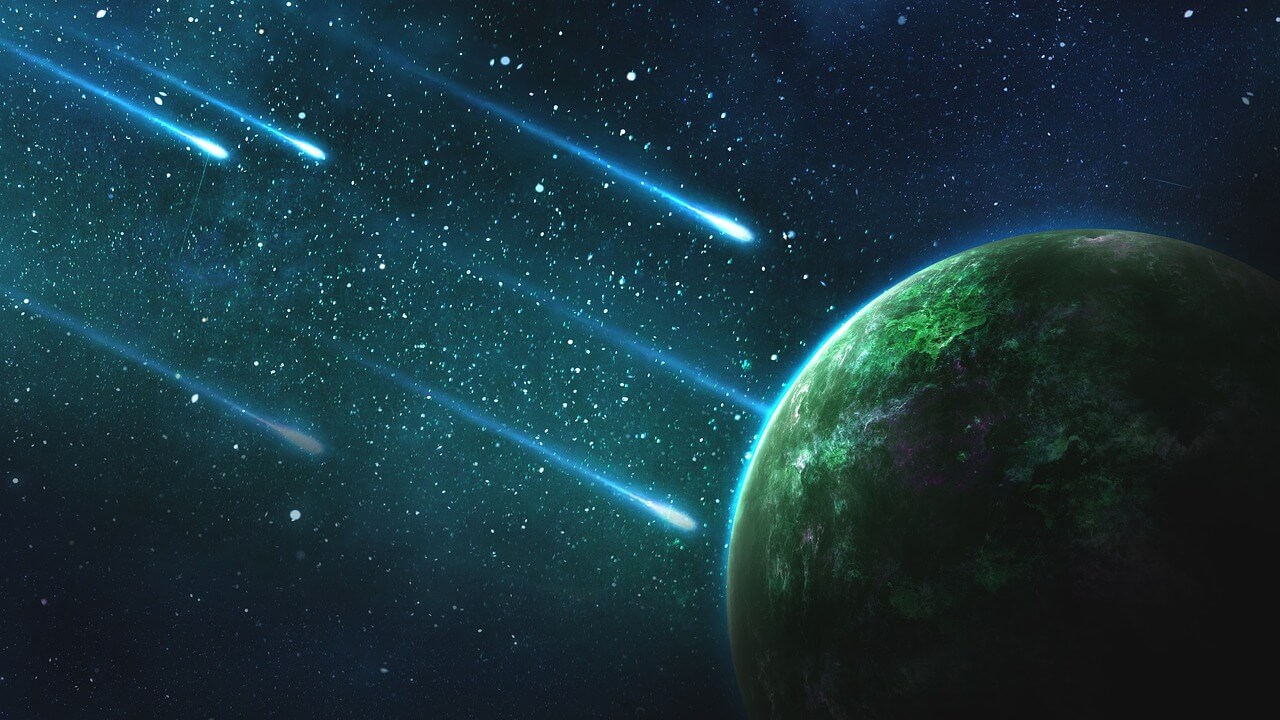 What is a Comet?

A comet is usually a small and icy celestial body in our solar system. When a comet passes close to the Sun, it starts to heat up and releases gases which was frozen in it. As a result of it, comets exhibit a visible atmosphere which is also known as coma. Some comets also display a tail. Nucleus of a comet can measure between a few hundred meters to tens of kilometres across. Comets are mainly composed of loose collections of ice, dust and small sized rocky particles.

READ ALSO :  Where do most Meteorites come from?

Where the word “Comet” comes from?

The word comet has originated from the Old English words “cometa” or “cometes”. These words are also obtained from Latinization of the Greek phrase “wearing long hair”.

What are Comets made of?

The nucleus is a solid part and the core structure of a comet. It is composed of water ice, rock, dust and frozen gases. The gases present in the comets are usually carbon dioxide, carbon monoxide, methane and ammonia. Comets are popularly termed as “dirty snowballs” because of a hypothesis of Fred Whipple.

He was an American astronomer and his theory is known as “dirty snowball” hypothesis of comets. But some comets may contain higher percentage of dust than the average range. Because of this, comets are called “icy dirtballs”.

Interesting Facts about the Dwarf Planets

1. Our solar system has six dwarf planets . They are named as Ceres, Pluto, Haumea, Makemake, Eris and the unnamed V774104 respectively.

2. Dwarf planets in our solar system orbit on a different plain and not where the other eight planets are, going over and below them.

READ ALSO :  International Astronomical Union- Why Pluto is not a Planet?

4. Charon is the largest of the five known moons of the dwarf planet Pluto.

5. Ceres is the smallest among the dwarf planets and only dwarf planet in the inner solar system. It is the largest object in the asteroid belt, which lies between the orbits of Mars and Jupiter.

6. Ceres’ close proximity to Earth and its low mass have led some scientists to suggest that it could be used as a potential site for manned landings and a launching point for manned deep space missions from Earth.

7. Haumea appears to have a dark red spot on its surface that may contain more minerals and organic compounds than ice around it.

8. Haumea is approximately 1/3rd the size of Pluto. It is the fastest spinning known large object in the solar system.

9. Makemake spins on its axis once every 22.5 hours, with a day just shorter than our own planet Earth’s .It is also the second brightest object in the Kuiper belt, after Pluto.

10. All the objects in the asteroid belt could fit inside Eris, which is still smaller than Earth’s moon. Eris have two-thirds of the moon’s diameter and one-third of its volume.