Stars are actually formed in a nebula, which are huge clouds of dust and gas in space.  These clouds usually collapse due to gravitational forces and proto-stars are formed. These young stars again start to collapse further. Thus, main sequence stars are formed. As these stars grow old, they gradually expand. The life cycle of a star consists of several stages.

When the core of a star completely exhausts its nuclear fuel in the form of hydrogen and helium, it starts to contract. But the outer layers continue to expand and become cool and less bright. Depending on the initial mass of the star, these stars eventually become red giant or red super giant. Finally, it will collapse and explode. After the explosion, which is also known as supernova explosion, it will either become a black dwarf, neutron star or black hole, which also depends on the initial mass of the star.

The Life Cycle of a Star

Our Sun is a main sequence star. Many nuclear fusions are continuously taking place in its core and enormous amount of hydrogen is converted into helium in this process. Light and heat energy are generated from the nuclear fusion reactions. This continuous process has been taking place in our Sun for more than 4.5 billion years.

According to scientists and astronomers, this process will continue for approximately another five billion years or more. It will gradually change its stage and will move from its current stage to a new one. During this process, a change in its appearance will occur as it has been doing so all this while.

READ ALSO :   How hot is the Surface of the Sun?

After the main sequence stage of the life cycle of a star completes, its core starts to contract and heats up. Burning hydrogen continuously ignites in a shell around the core. It causes the outer layer to expand. As it gradually expands, it starts to cool. The star becomes cooler, bigger, redder and more luminous.

The temperature at the core eventually reaches about 100 million degrees. At this point, burning helium ignites in the core and the surface temperature of the star reaches almost 3200°C.  Also, the radius of the star becomes as massive as the orbit of Mercury. Thus, the star transforms into a red giant or red supergiant.

READ ALSO :  What is a Supernova Explosion?

These stars have completely exhausted their nuclear fuel in the form of hydrogen and helium. Eventually, they passed through the phase of red giant of red supergiant, but they were not hot enough to ignite their carbon. Colorful planetary nebula forms from the outer layers of these stars. Finally, they would collapse and further cool to become small glowing fragments of coal.

Planetary Nebula in the Life Cycle of a Star

Menzel 3 or Mz 3, which is also popularly known as Ant Nebula, is a young bipolar planetary nebula. It is about two light years in diameter. Mz 3 is radially expanding at a rapid rate of almost 50 km per second. Ant Nebula is located in the constellation Norma, approximately 8000 light years away from our Earth.

It is popularly called as “Ant Nebula” because it resembles the head and thorax of a common garden ant. This nebula has arguably the most complex bipolar structure. It consists of a bright core, an equatorial ellipse and three nested pairs of bipolar lobes. 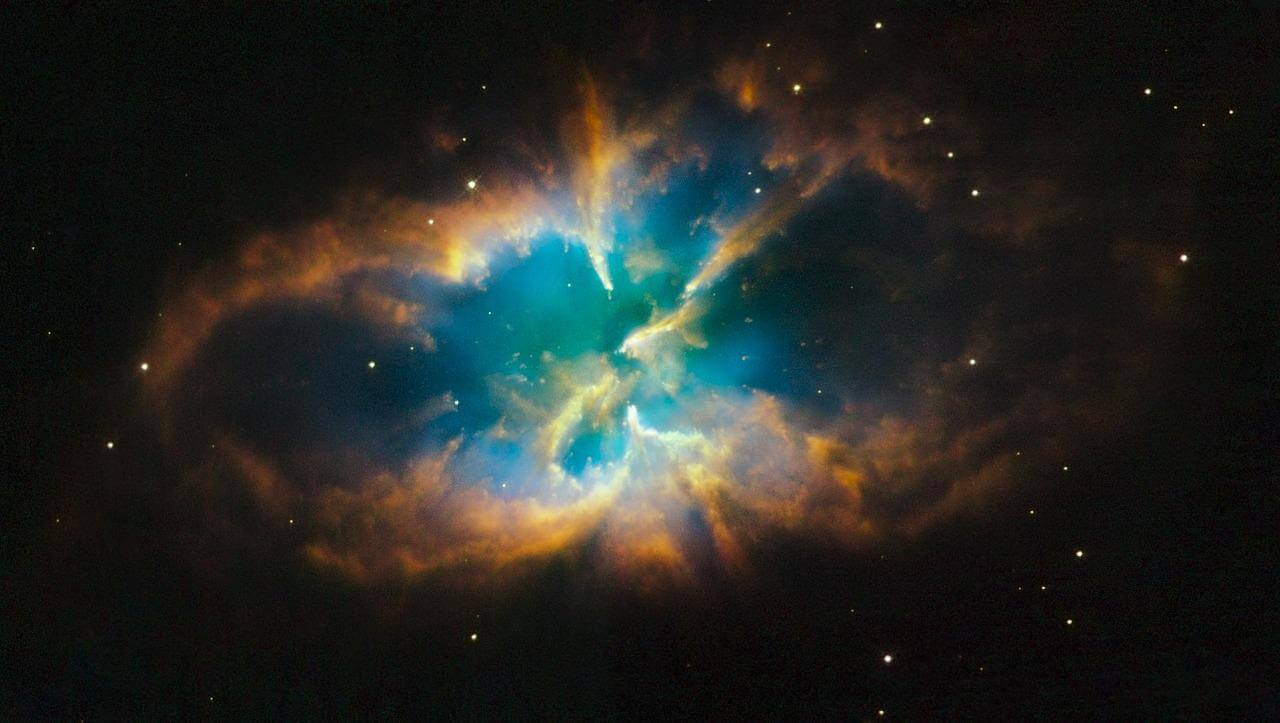 The Cat’s eye nebula is a very bright planetary nebula located in the northern constellation of Draco, approximately three thousand light years away from Earth. According to the observations made by scientists and astronomers with the help of Hubble Space Telescope, this nebula is one of the most complex planetary nebulae ever seen in space.

The features of this nebula, which can be observed, are very complex. For that reason, astronomers suspect that the bright central object may actually be a binary star system. Thus, the term planetary nebula can be very misleading. However, the objects in this nebula may appear as round shaped like planets when it is observed in small telescopes.

But, from the high-resolution images, astronomers have found that they are actually stars which are surrounded by gases and dusts. 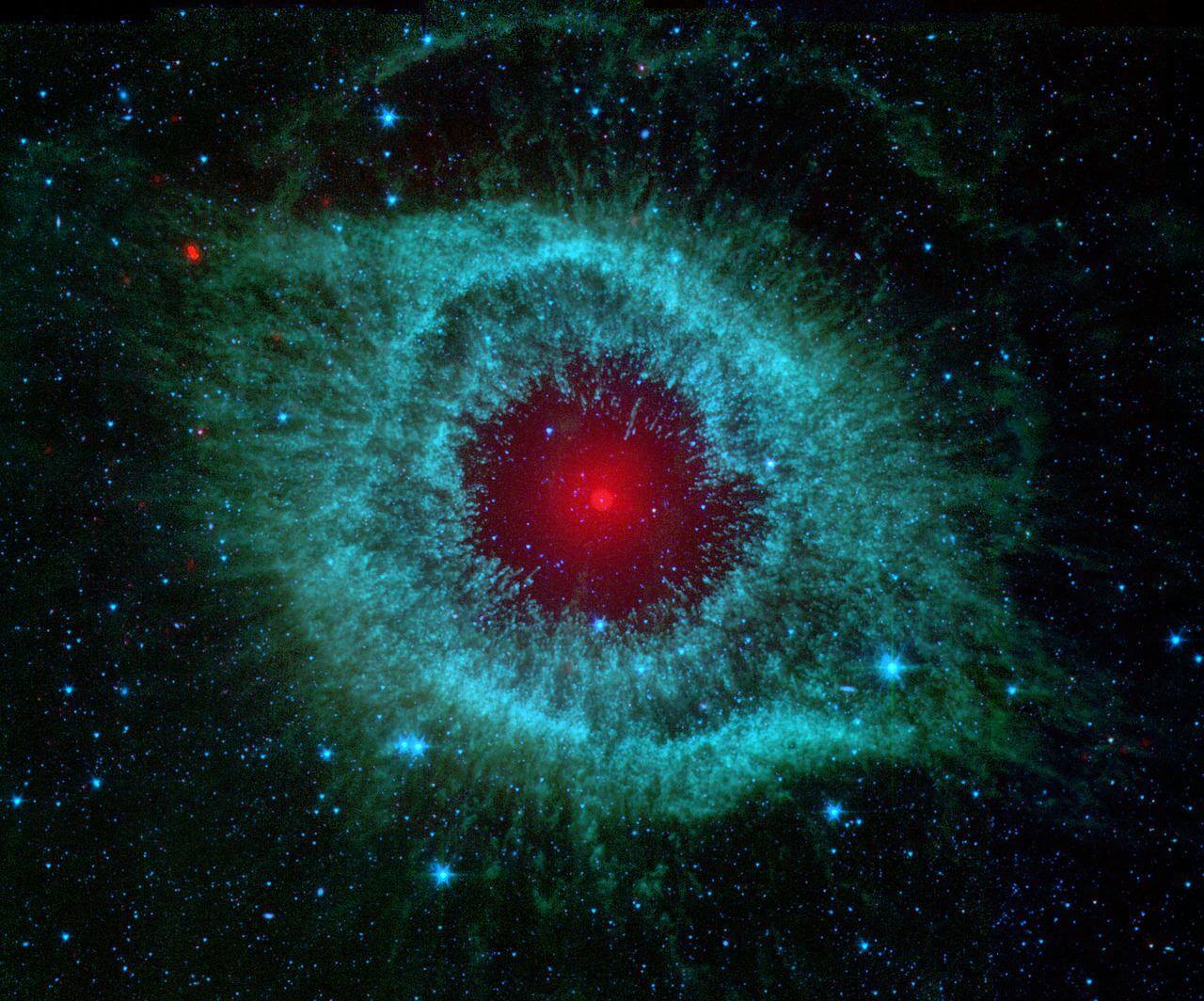 This nebula is termed as “Red Rectangle Nebula” because of its red colour and rectangular shape which is very unique. The star at the centre of this nebula is known as MWC 922. This star was similar to our Sun. But it is now ejecting its outer layers to form the nebula.