When the moon passes directly behind Earth into its shadow, which is also known as umbra, it causes lunar eclipse. This event can only happen when the Sun, the moon and our Earth are exactly aligned with Earth positioned in the middle. Thus, a lunar eclipse can only be viewed on the night of a full moon.

How many types of Lunar Eclipse exist?

During this eclipse, the moon lies only within Earth’s penumbra. Total penumbral eclipses are a very rare event. When this type of eclipse happens, the portion of the moon which is closest to the umbra, the darkest region of the shadow, can appear slightly darker than the rest part of the moon.

When only a portion of the moon lies in the region of umbra, it causes partial lunar eclipse.

A total lunar eclipse can be viewed only when the moon travels completely into Earth’s umbra. This type of eclipse can last up to approximately 107 minutes.

But the total time between the moon’s first and last contact with the shadow of our Earth is much longer. This time span could last up to almost four hours.

A selenelion or selenehelion, which is also known as horizontal eclipse, occurs when both the Sun and an eclipsed moon can be observed at the same time. This rare event can only be observed either before sunset or after sunrise.

This happens because of the refraction of light through the atmosphere of our Earth. It causes each of the moon and the Sun to appear slightly higher than their actual geometric position in the sky.

The timing of a lunar eclipse is decided by its contacts-

First Contact- It is the beginning of the penumbral eclipse when Earth’s penumbra just touches outer limb of the moon.

Second Contact– It is the beginning of the partial eclipse when Earth’s umbra just touches the outer limb of the moon.

Third Contact– This is the beginning of the total eclipse when the moon’s surface is completely within Earth’s umbra.

Greatest Eclipse– It is the peak stage of the total eclipse when the moon is at closest to the centre of Earth’s umbra.

Fourth Contact– It is the end of the total lunar eclipse when the outer limb of the moon just starts to exit from the Earth’s umbra.

Fifth Contact– This is the end of the partial eclipse. At this point, Earth’s umbra leaves the moon’s surface.

Sixth Contact– It is the end of the penumbral eclipse when Earth’s penumbra is no longer making any contact with the moon. 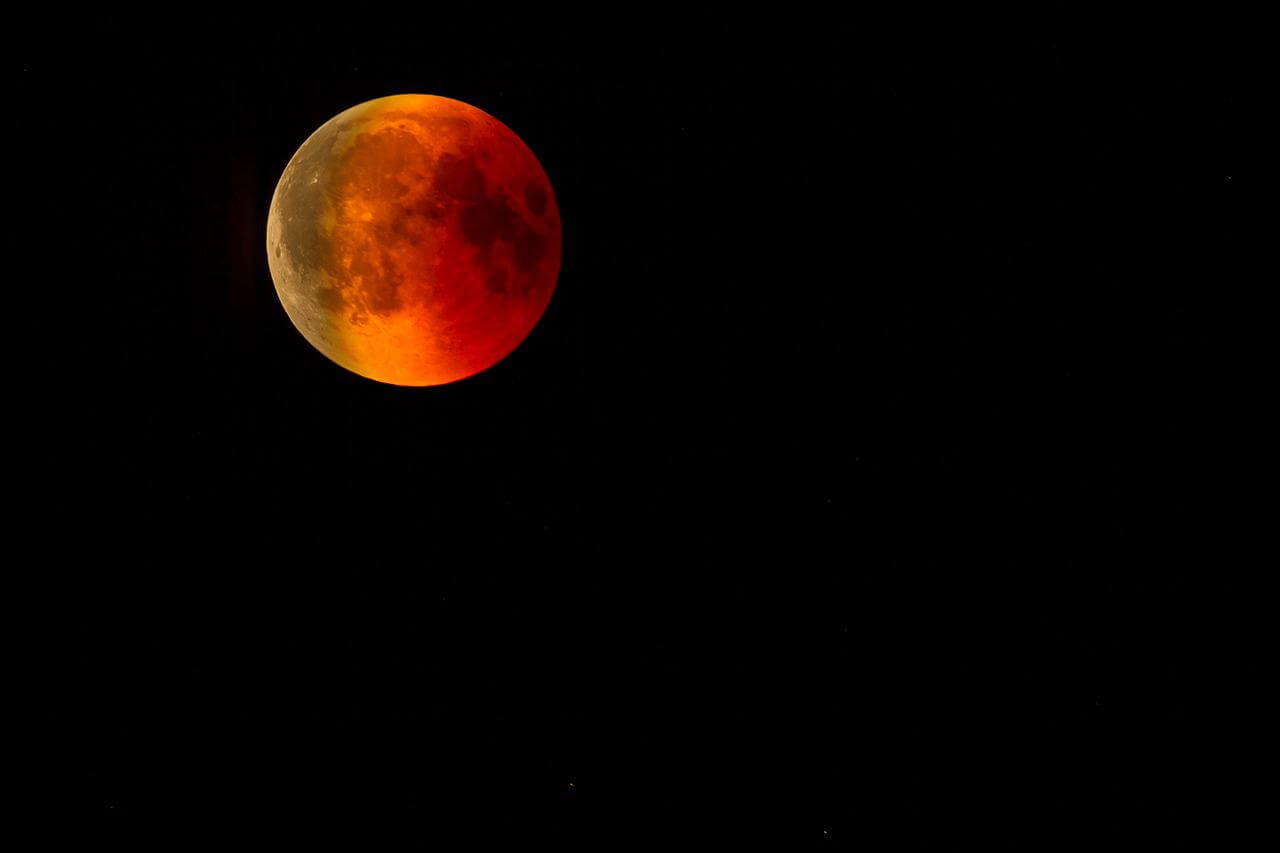 What causes a Blood Moon?

A totally eclipsed moon is sometimes termed as a “blood moon” because of its reddish colour. One of the most popularly known blood moons was observed on 8th October, 2014. It was visible across the major part of the Americas and Asia.