A meteoroid is a small, rocky or metallic body that travels through space. Meteoroids are pretty much smaller in size than asteroids and their size ranges from small grains to one-meter-wide objects. We will also discuss about meteorites and where do most meteorites come from?

How big is a micrometeoroid?

Objects in space that are smaller than 1m in size are termed as micrometeoroids or space dust. Most meteoroids are fragments of other comets or asteroids and others are collision impact debris created from different celestial bodies such as the moon or Mars.

What causes a Shooting Star?

A meteor which is popularly known as “shooting star” is the visible passage of a glowing meteoroid or micrometeoroid into Earth’s atmosphere. This becomes incandescent from air friction into the atmosphere and starts spreading glowing material in its path. This is sufficient to form a visible streak of light.

Meteors mainly occur in the mesosphere region. This region is at a height of 76 to 100km from Earth’s surface. The root word of meteor originated from the Greek word “meteoros”, which means “high in the air”. 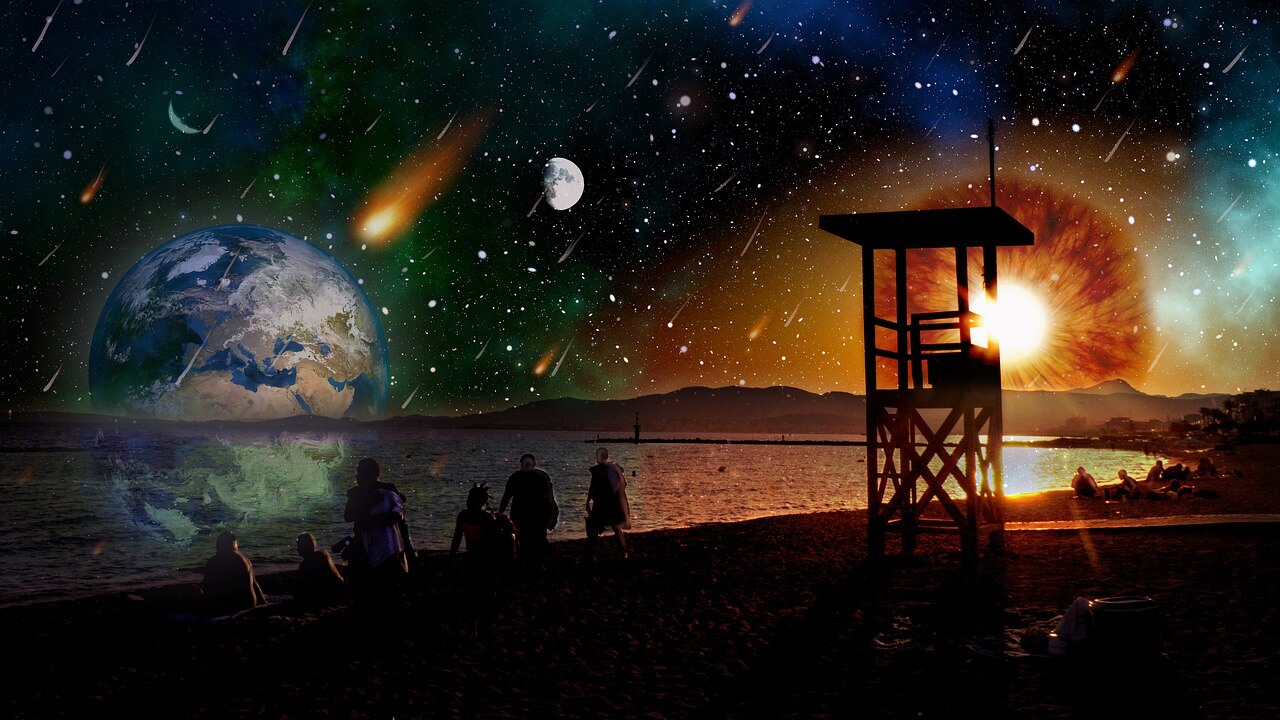 What causes a Meteor?

When an object enters into Earth’s atmosphere at a speed of above 20 km per second, it creates friction against the atmosphere. Thus, aerodynamic heating forms a streak of light from the glowing object and trail of glowing particles that it leaves in its pathway.

Millions of meteors enter into Earth’s atmosphere every day. Most of the meteors are of the size of a grain of sand. Meteors may occur in showers. These meteor showers happen when Earth passes through a stream of debris left by a comet. They also termed as random or periodical meteors. These periodical meteors are not associated with a specific stream of space debris.

READ ALSO :  What is Space Junk and Why it is a Problem?

Meteorites are fragments of rock and metal that fall from space to Earth’s surface. Meteorites break away from large sized extra-terrestrial bodies in space. They could be measured anything from a fraction of a millimetre to the size of a football pitch and bigger.

Captured by Earth’s gravitational force, they are accelerated to speeds of over 11.2 km per second which is the escape velocity of Earth. As they enter Earth’s thick atmosphere, their speed rapidly slow down due to air friction and glow, moving across the sky like a flash of light, before finally crashing to the surface of Earth. 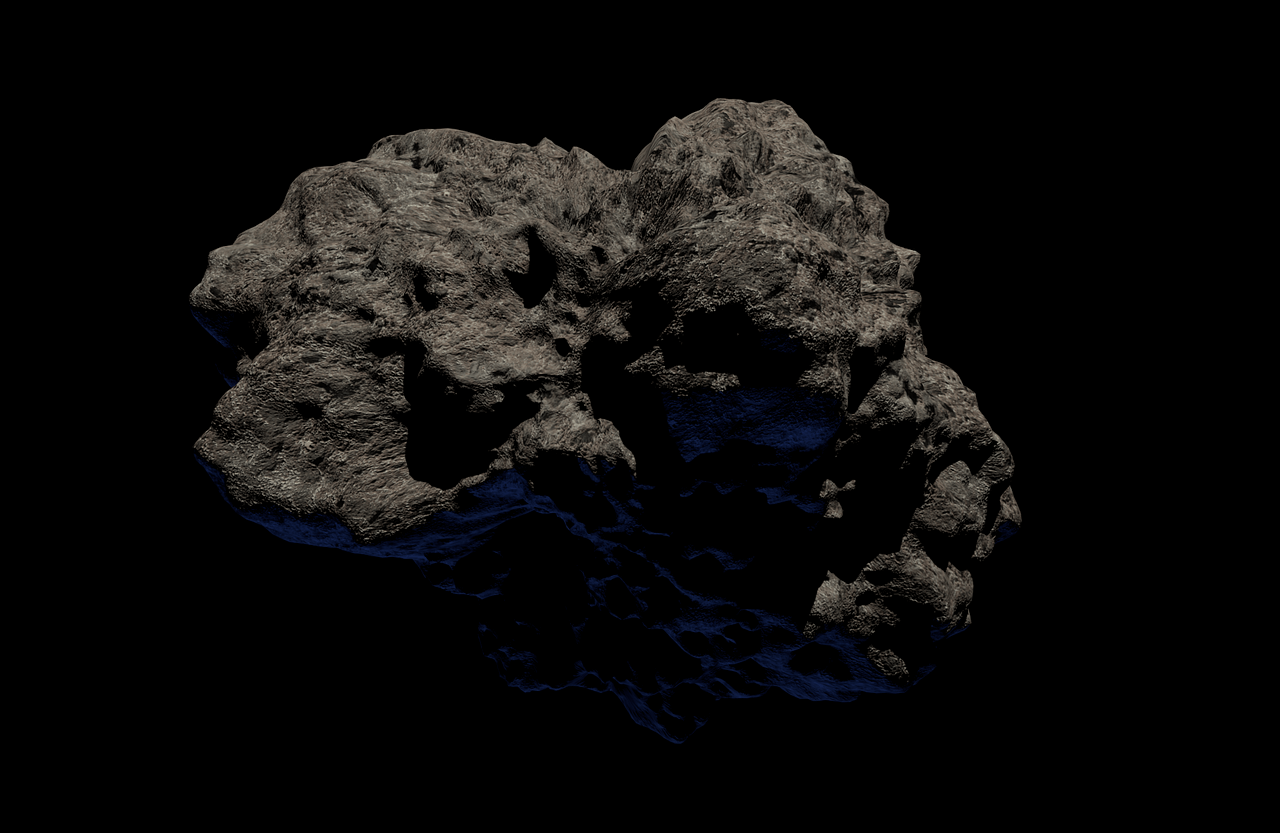 Where do most meteorites come from?

Most meteorites are fragments that have broken away when two asteroids collide. Asteroids are actually irregular-shaped rocks that orbit the Sun like other planets. There are thousands of asteroids in our solar system, which are found mainly in an orbit between Mars and Jupiter, known as the asteroid belt.

A small percentage of meteorites come from the moon and the planet Mars. These meteorites are much younger than those created from asteroids. Some meteorites are as young as 2500 million and 180 million years old, respectively.

Where are meteorites found?

There are many meteorites that fall from space and are seen hitting the ground. Most of them actually fall into sea. However, thousands of new meteorites are found each year in our solar system. Meteorites can be found in any place in the world, but they are easiest to spot in dry places, such as deserts. Because there they do not erode quickly due to less wind flow and are less likely to be hidden by vegetation. 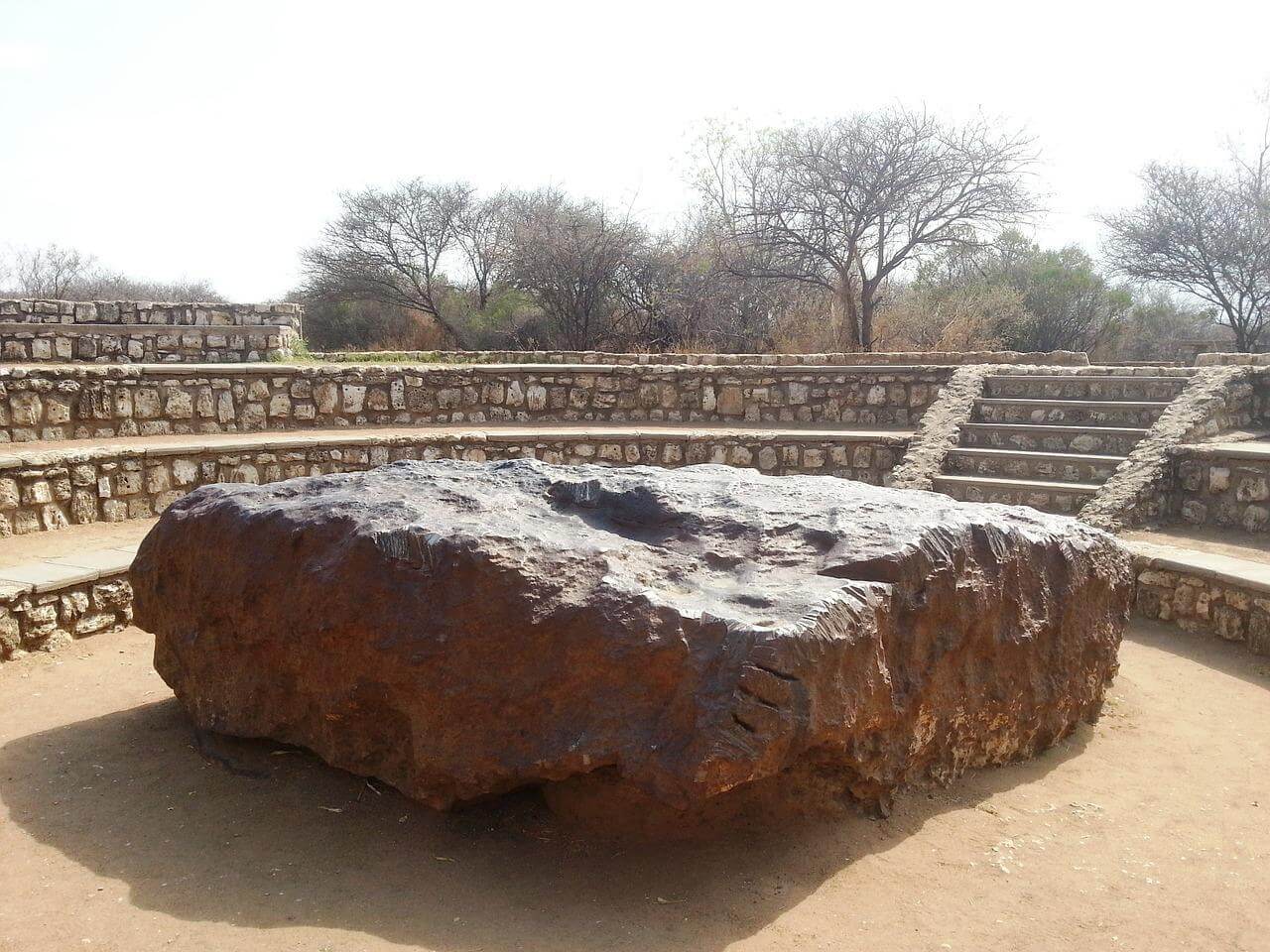 The Hoba meteorite which is found at Namibia is the heaviest meteorite rock to have ever been found by humans. This meteorite weighs about 60 tonnes. It is estimated that it had fallen from space to Earth approximately 800,000 years ago. Since it is flat, it is stated that when it did fall to Earth, it skipped across earth’s surface, much like a stone skipping across the water.