A solar eclipse is a natural phenomenon that occurs on our Earth when the moon, Earth’s only natural satellite, gets between Earth and the Sun. This event is also termed as an occultation. It happens at new moon, when the Sun and moon are aligned and they are in conjunction with each other. The new moon is the first lunar phase and at this phase moon and the Sun have the same ecliptic longitude, with the Sun and Earth on opposite sides of the moon which causes the solar eclipse. If the moon orbited in the same plane and its orbit was circular, and if the moon was only slightly closer to our Earth, then we would see solar eclipses every month.

How often do Solar Eclipses occur?

The lunar orbit is elliptical and slightly tilted with respect to the orbit of our Earth. For this reason, we are only able to see up to five eclipses per year. Depending on the geometry and alignment of the Sun, moon and our Earth, the Sun can be blocked either partially or totally.

The moon’s shadow moves across the surface of the Earth during a solar eclipse. The shadow of the moon is usually divided into two parts – the darkest area known as umbra and the lighter region is termed as the penumbra. 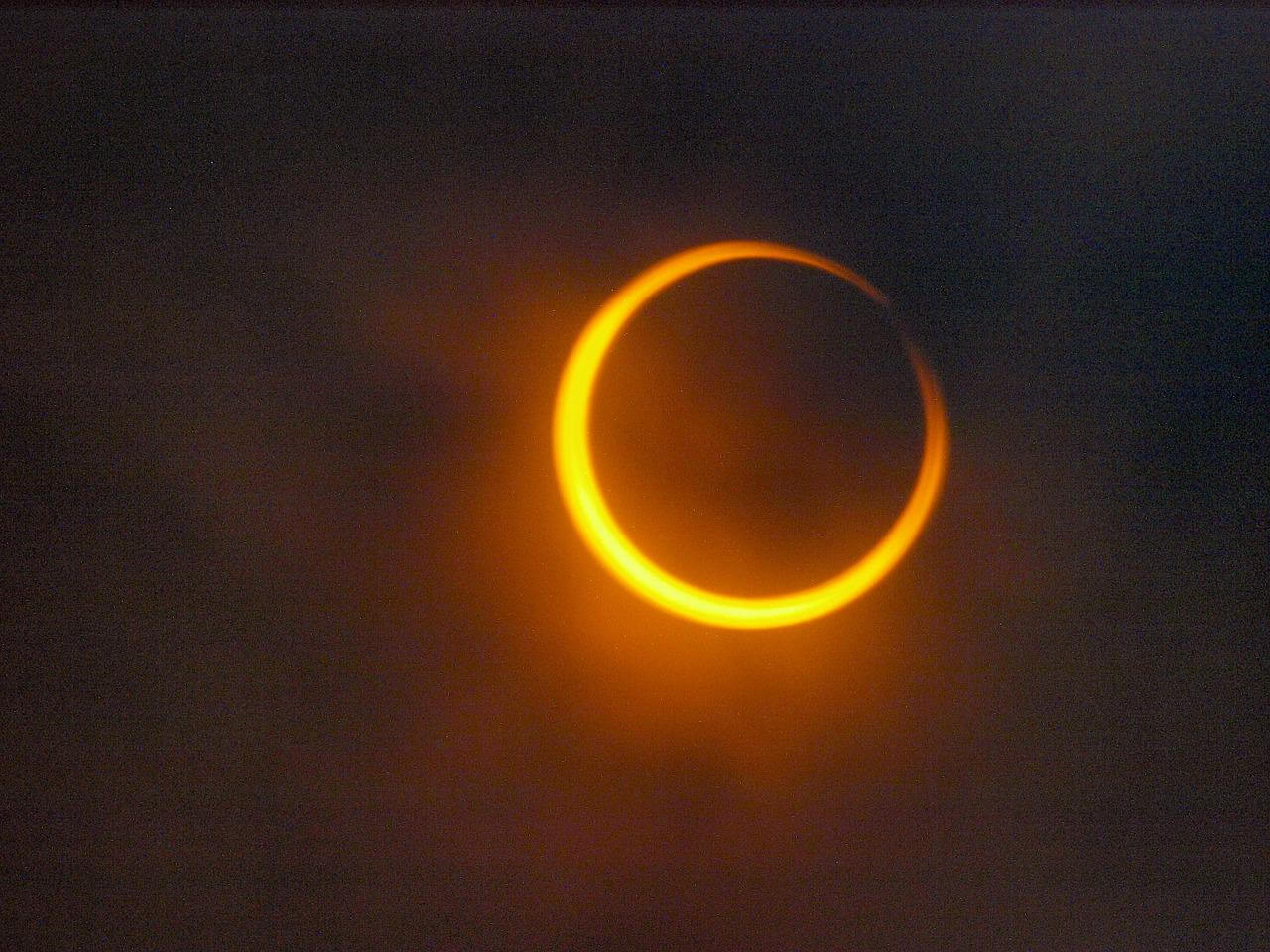 When the Sun and moon are absolutely in line, it causes annular solar eclipse. But the apparent size of the moon is smaller than the Sun, so it is unable to obscure the Sun completely. Thus, the Sun appears to us as annulus or a very bright ring, which is surrounding the dark disc of the moon. A hybrid eclipse occurs when solar eclipse appears as a total eclipse at some certain regions of Earth, but at other regions it appears as an annular eclipse. Hybrid eclipses are very rare event.

READ ALSO : What is the temperature of the Moon’s surface?

A partial eclipse occurs when the Sun and moon are not absolutely in line. So, the moon is only able to partially obscure the Sun. This type of solar eclipse can usually be observed from a large part of our Earth excluding the regions of an annular or total eclipse. But some eclipses can only be observed as a partial eclipse, because at that time the moon’s umbra passes above Polar Regions of our Earth and never intersects its surface.

When the extremely bright light of the Sun is completely covered by the dark shadow of the moon, it causes total solar eclipse. It only allows the much fainter solar corona, the outermost part of the Sun’s atmosphere, to be visible to us. During any total eclipse, totality occurs at best only in a narrow track on the Earth’s surface. 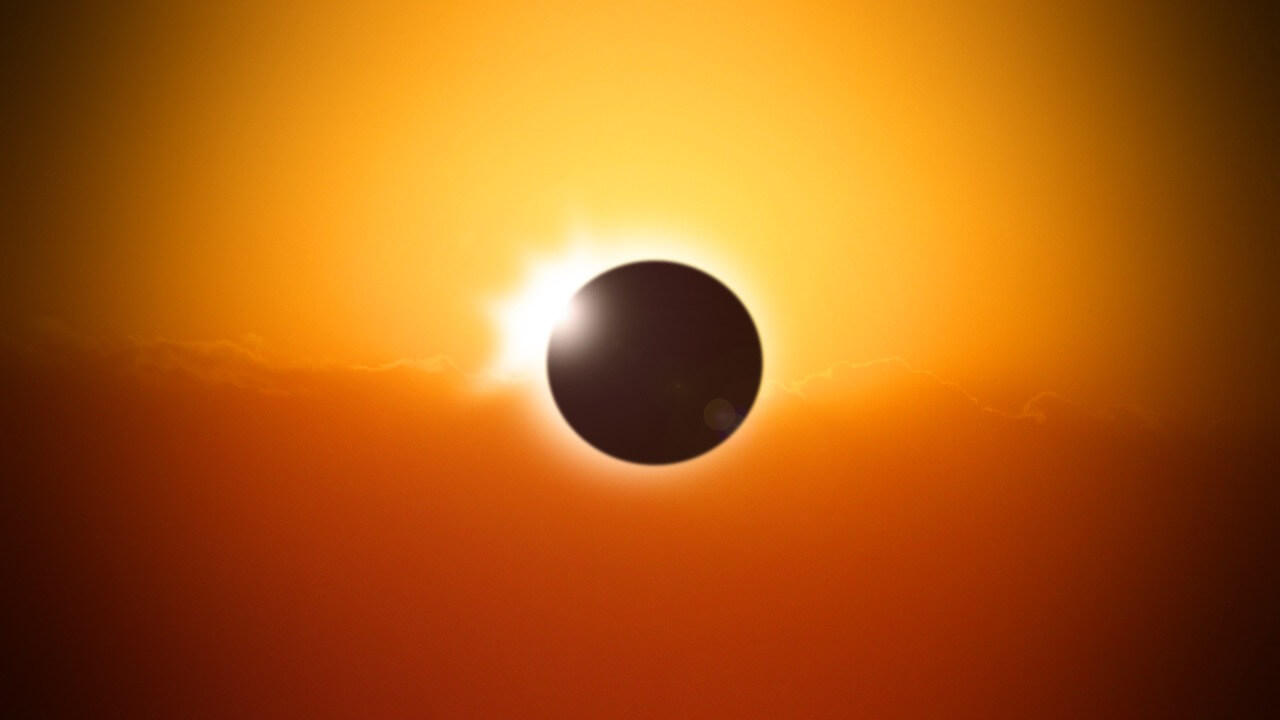 How long does a Solar Eclipse last?

Total solar eclipses are extremely rare events. Although this type of eclipses occurs in every 18 months on average at somewhere in Earth, but it is estimated that they reoccur at any given place approximately only once in every 360 to 410 years on average. Currently, the totality of solar eclipse can never last for more than seven minutes and 32 seconds. This value is changing over the thousands of years and is currently decreasing.

What did ancient people think about Solar Eclipses?

The earliest recorded solar eclipse occurred more than four thousand years ago. In China, it was believed that in the time of solar eclipse, the event of the gradual blotting out of the Sun was caused by a dragon who was actually trying to consume the Sun. It was the duty of the court astronomers to shoot arrows, beat drums and do whatever they could, so the dragon stay away because of fear.

In the ancient Chinese classic Shujing or the Book of Documents, it is described that the two court astronomers, Hsi and Ho, who were completely unaware of a solar eclipse, got drunk just before the event started. Then, the fourth emperor of the Xia dynasty, Zhong Kang, ordered to punish Hsi and Ho by having their heads chopped off. The eclipse, which is mentioned here, occurred on 22nd October in the year 2134 BCE. 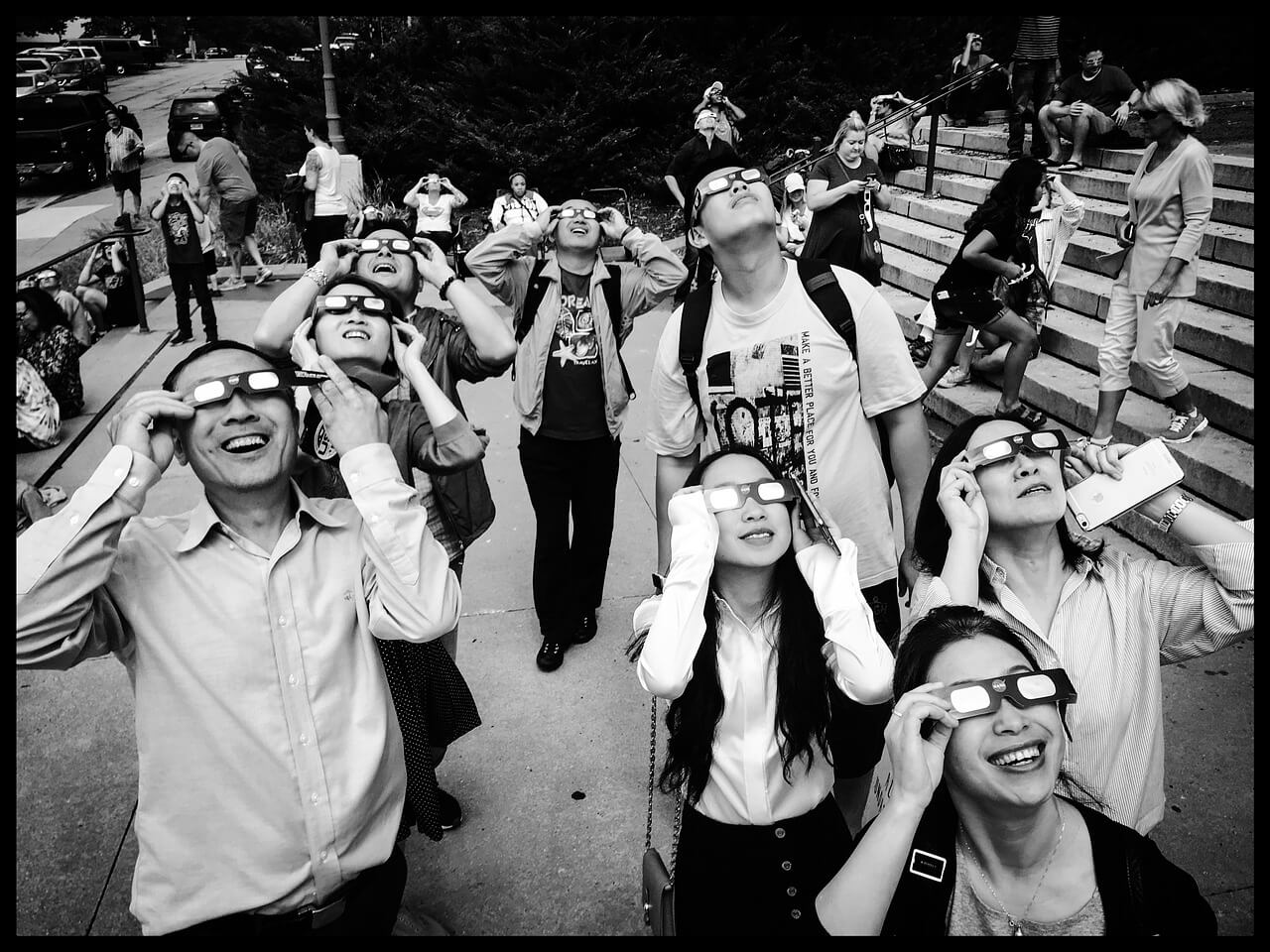 Why is it dangerous to look at the Sun during a Solar Eclipse?

If we look directly at the photosphere, visible surface of the Sun, even just for a few seconds, it can cause permanent damage to the retina of our eye, because of the extreme visible and invisible radiation which is released from the photosphere.

Looking at the Sun during partial, annular or total eclipses excluding the brief period of totality, requires some special eye protection or methods of indirect viewing, so that we can avoid any kind of eye damage. The disc of the Sun can be observed using proper sheet of solar-filter material to block the harmful part of the solar radiation.