A solar flare is actually a huge electromagnetic eruption in the atmosphere of the Sun. Solar flares can release enormous amount of energy.  Approximately, the amount of energy is equal to the energy released from one billion megaton nuclear bombs. So, they can completely destroy a whole planet in a second. However, the distance of our planet from the Sun is approximately 150 million km. Thus, solar flares are not a very big threat to us. But the real threat to our planet can be caused by Solar Storms. 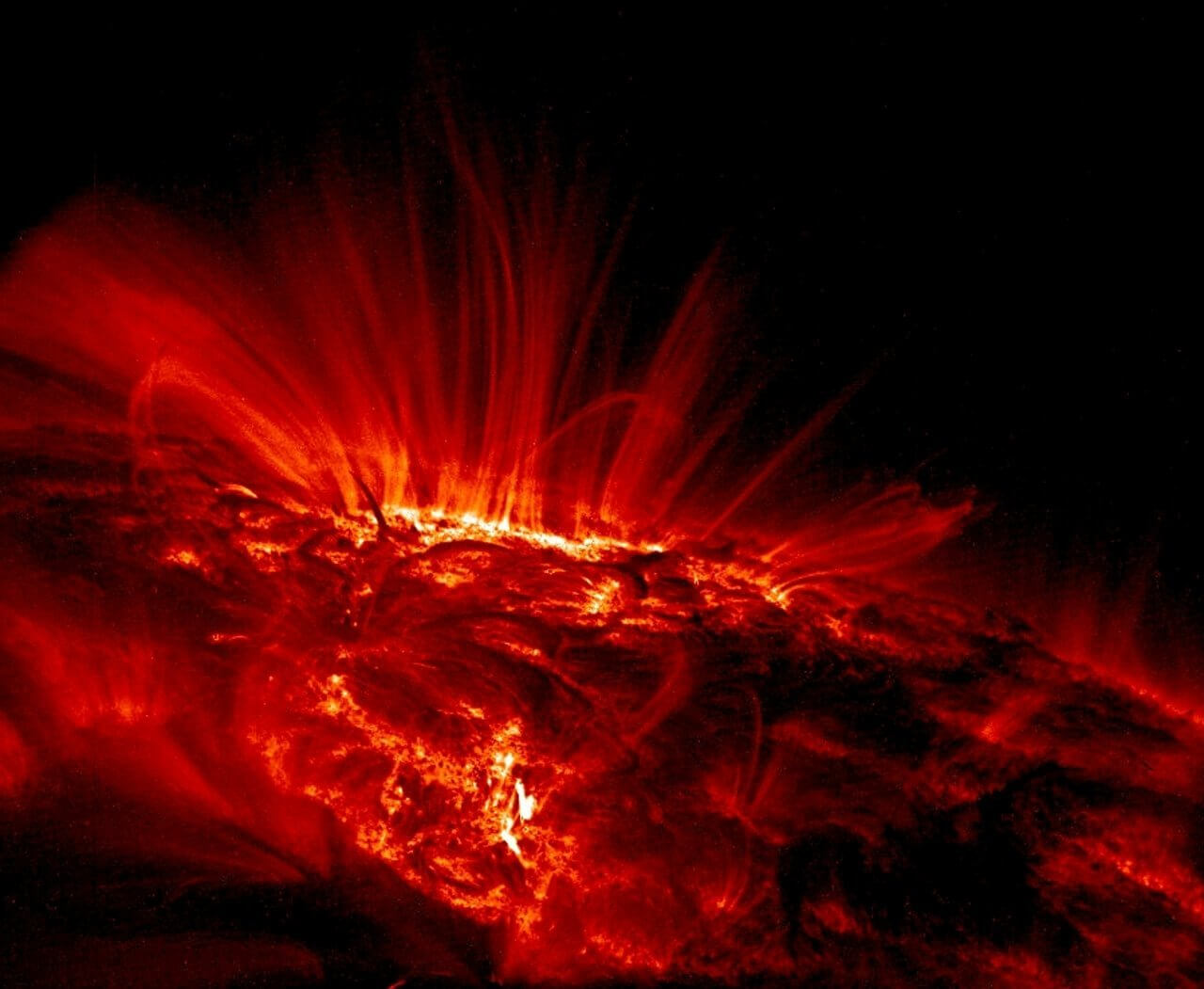 What are Solar Storms?

A solar storm is an explosion of intense electromagnetic radiation which is caused by twisting, crossing or reorganizing of magnetic field lines on the sun. Actually, solar storms are magnetic storm which can severely affect electrical equipment. Although this phenomenon is not enough to destroy our whole planet, but it is capable of destroying all the satellites orbiting the Earth.

What would a Solar Storm do to Earth?

However, most of the energy released by the sun in solar storm is absorbed by the atmosphere of our planet but if it is very strong, it can cause severe damage on Earth.

What does a Solar Storm do to Technology?

1.  It can even damage the deep-sea cables that provide internet connection to most countries. So, this means the internet will also be gone which will create huge problems in the communication system of the whole world.

2.  As it is already mentioned that, solar storm mainly affects electrical equipment. Thus, it can cause a whole power cut on the side of the Earth which is facing the sun or maybe on the whole planet. So, most of the activities on our Earth including all the industries which depends on electricity, can not be operated.

3.  Most of the healthcare systems in hospitals are also dependent on electricity. It will create a very serious problem in the healthcare industry too.

4.  When Coronal mass ejection, a phenomenon caused by Solar storms, strikes the atmosphere of our Earth, it creates a temporary disturbance in the Earth’s magnetic field. Then geomagnetic fields of our Earth start to fluctuate rapidly which can create geomagnetically induced currents in pipelines.

This can produce various problems for pipeline engineers. Pipeline flow meters can display wrong flow information. And also, corrosion rate of the pipeline can be increased to a large extent.

5.  It can throw satellites out of their orbit, which will cause them to fall to the surface of the earth. It will create a huge risk for many large and densely populated urban area. 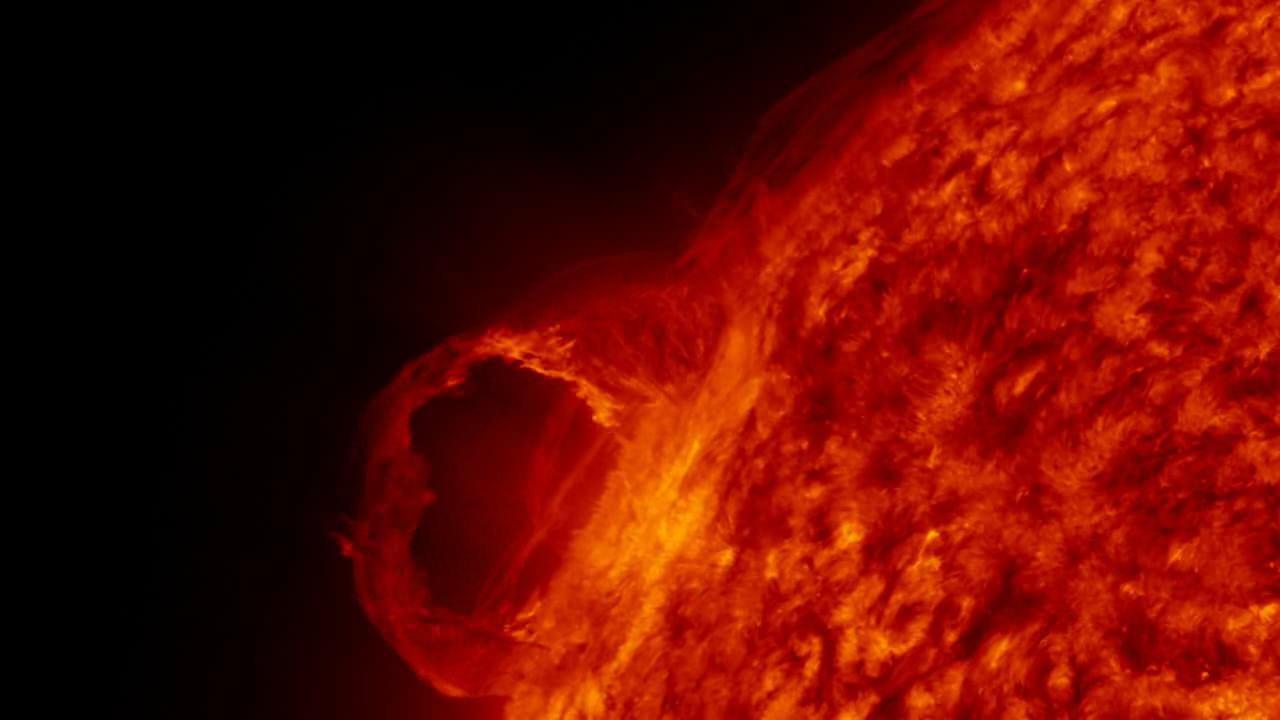 1.  Coronal Mass Ejections usually release very high-energy particles, which can result in radiation poisoning to humans and other living beings on Earth.

2.  Many scientists and astronomers have also stated that migrating animals, such as birds and honey bees, which usually use magneto reception, a sense which allows an animal to detect the magnetic field of the Earth to navigate, might also be affected due to the disturbance created in magnetic field by solar storms.

Despite knowing so much about disastrous effects of solar storms, we have no way to stop them. Obviously, we can’t control the sun.