Space Junk is the collection of non-functioning objects in orbit around our planet earth. It is also termed as orbital debris, space debris and space waste. Space junk include unusable objects like spent rocket stages, old satellites and fragments from disintegration, erosion and collisions. As orbits of these debris can overlap with new spacecrafts, debris may collide with operational spacecrafts and create a significant hazard.

How much Space Junk is there?

For a standard of comparison, the International Space Station (ISS) orbits in the 300-400 km range. Both the 2009 collision and 2007 anti-satellite test events occurred at between 800 and 900 km altitude from Earth surface. 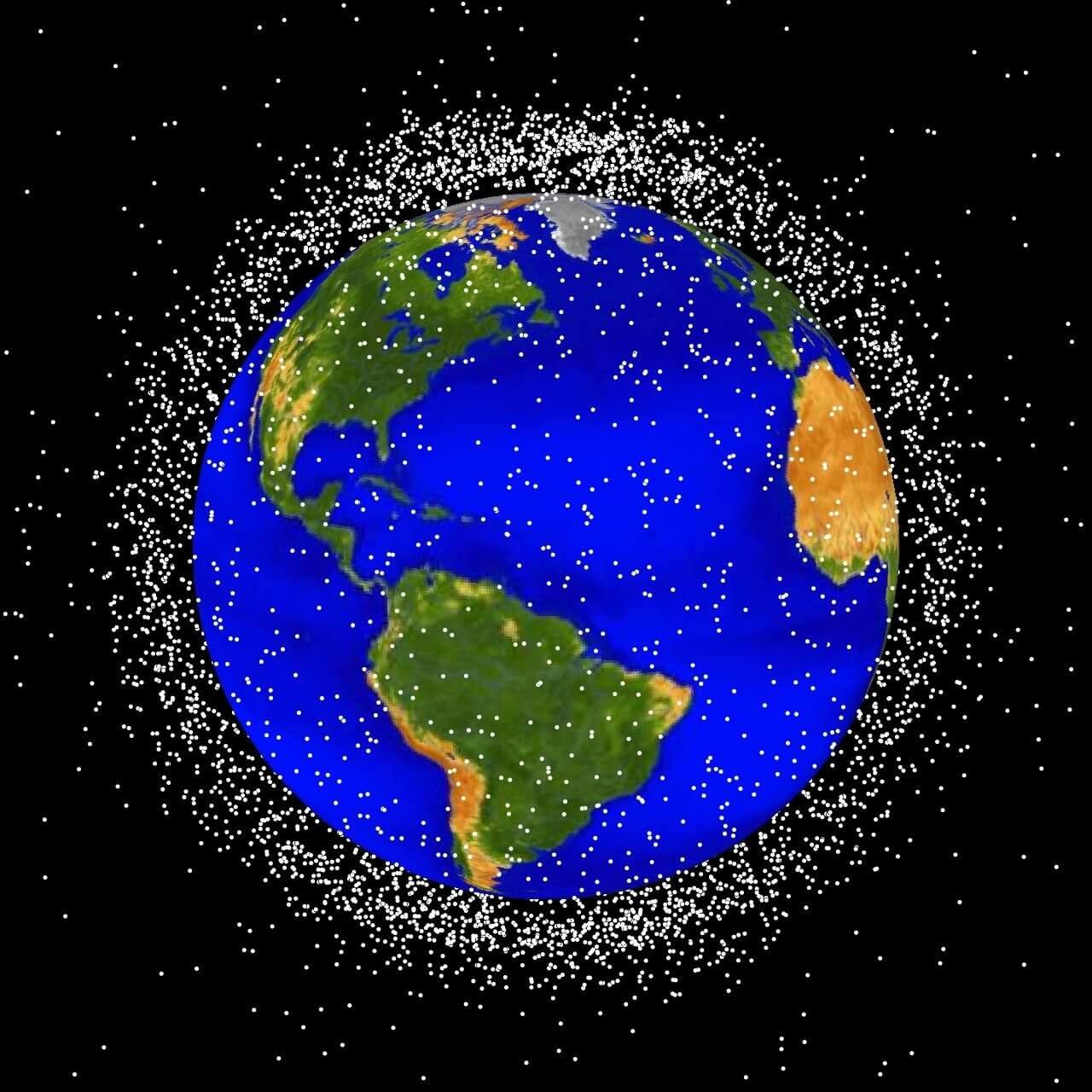 What is Space Junk made of?

Most space junk are smaller than 1 cm in size. They include the following –

2.  products of surface degradation of any space objects, such as paint flakes

Why is Space Junk a problem?

Impacts of these debris’ particles cause erosive damage in a manner almost similar to sandblasting. Damage can be decreased by the addition of ballistic shielding to the spacecraft. An example of this type of shielding is “Whipple shield”. It is used to protect some parts of the International Space Station.

The greater number of objects in space create the more chances of collision. Thus, there is a critical density where the creation of new debris will occur faster than various natural forces which is used to remove them.

What is Kessler syndrome?

Beyond this critical density, a runaway chain reaction may happen which is known as the “Kessler syndrome”. In this phenomenon, there will be a rapid increase in the number of debris objects in orbit. Therefore, it would greatly increase the risk to operate satellites or other manned space vehicles.

Astronomers debate if the critical density has already been reached in certain orbital bands due to the huge mass of debris present in them.

The Kessler syndrome would make it very difficult to use the polar-orbiting bands for satellite launches or other space activities. Therefore, the cost of space missions would increase greatly. Thus, measurement, growth reduction and removal of space debris are activities that are taken very seriously within the space industry today. 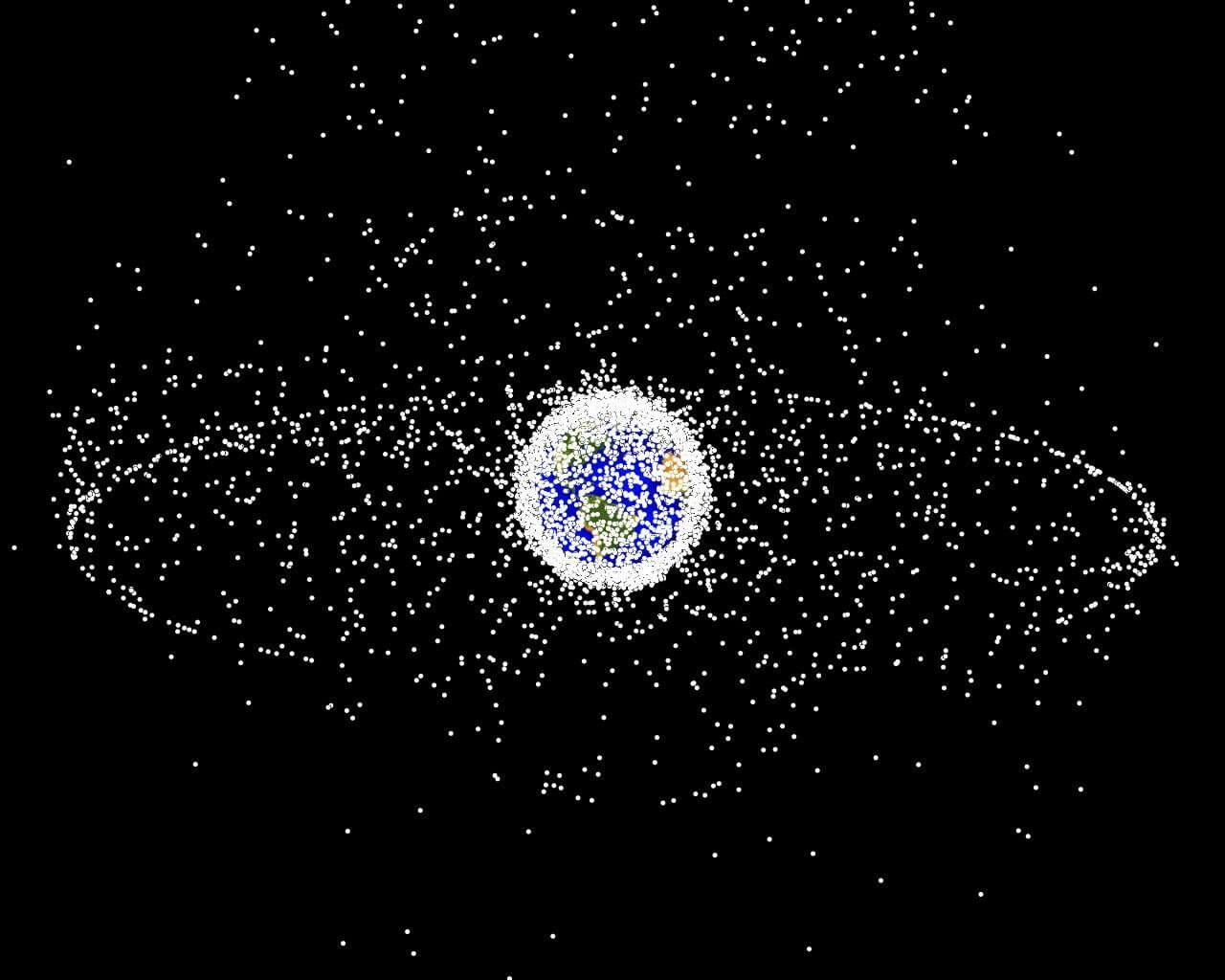 How objects are launched into space?

Space launch is the earliest part of any flight that reaches space or which is also known as spaceflight. It involves lift-off. This is when a rocket or any other space launch vehicle leaves the ground at the start of a spaceflight. Lift-off is basically of two main types:

1.  Rocket launch– It is the current and conventional method which is used mostly.

2.  Non-rocket space launch– where other forms of propulsion are employed, such as air breathing jet engines.

Where is the “space”?

Space has no physical edge because there is no sharply defined or predetermined boundary to space. Space is experienced as the atmospheric pressure gradually decreases with altitude from the earth surface. The edge of space is defined by convention. The Karman line of 100km is most popular convention. Other definitions have been created as well. For example, in USA, space has been defined as 80-81 km from Earth as per convention.

How much energy does it take to launch something into space?

Sufficient altitude is necessary for any spaceflight to occur. For 100 km, at least the gravitational potential energy or the energy caused by the presence of weight of the space vehicle must be overcome.

In practice, a higher energy than this is required due to losses such as air drag, propulsive efficiency of jet engines, cycle efficiency of engines that are employed and gravity drag. At Earth’s surface, escape velocity is 11.2 km per second. This is the speed required to overcome Earth’s gravity.

Humans cannot tolerate forces more than three to six times those of gravity. As a result, some launchers as gun launchers are completely unsuitable for human body. These launchers would cause accelerations that are hundreds or thousands of times the force of gravity.

Trajectory optimisation is the process which describes the method of designing a trajectory that minimises or maximises some parameters of performance of the space launch within prescribed constraint boundaries. This problem was first studied by Robert H. Goddard. It is also known as the Goddard problem.