There are storms observed in space, specifically on the giant planets (Saturn, Jupiter, Neptune and Uranus) in our solar system. The upper atmospheres of these planets propel around in bands which are parallel to their equators. As gas is flowed at very high speeds around these planets, it forms clouds and storms in space.

The storms on Jupiter can be easily observed as white and dark spots. These spots are very distinct and prominent in the upper atmosphere of Jupiter.

The Great Red Spot on Jupiter

The Great Red Spot is a gigantic and long-lasting storm in the atmosphere of Jupiter. It is observed on Jupiter’s southern hemisphere. It is actually a high-pressure storm, almost similar to a hurricane. Colour of this storm ranges from pink to orange. One of the most interesting facts about this storm is that its size and colour varies every year.

This storm is approximately 28,000 km long and 14,000 km wide. Jupiter’s Great Red Spot is the biggest storm in our solar system. It is so huge that three Earths would fit within it and still there will be room to spare. The Great Red Spot was first observed by German astronomer Samuel Heinrich Schwabe in 1831.

The reason it has lasted for so long in comparison to the storms occurring in our Earth is because there is no landfall of this storm on Jupiter. On Earth, hurricanes and other storms lose most of their energy when they move over land. 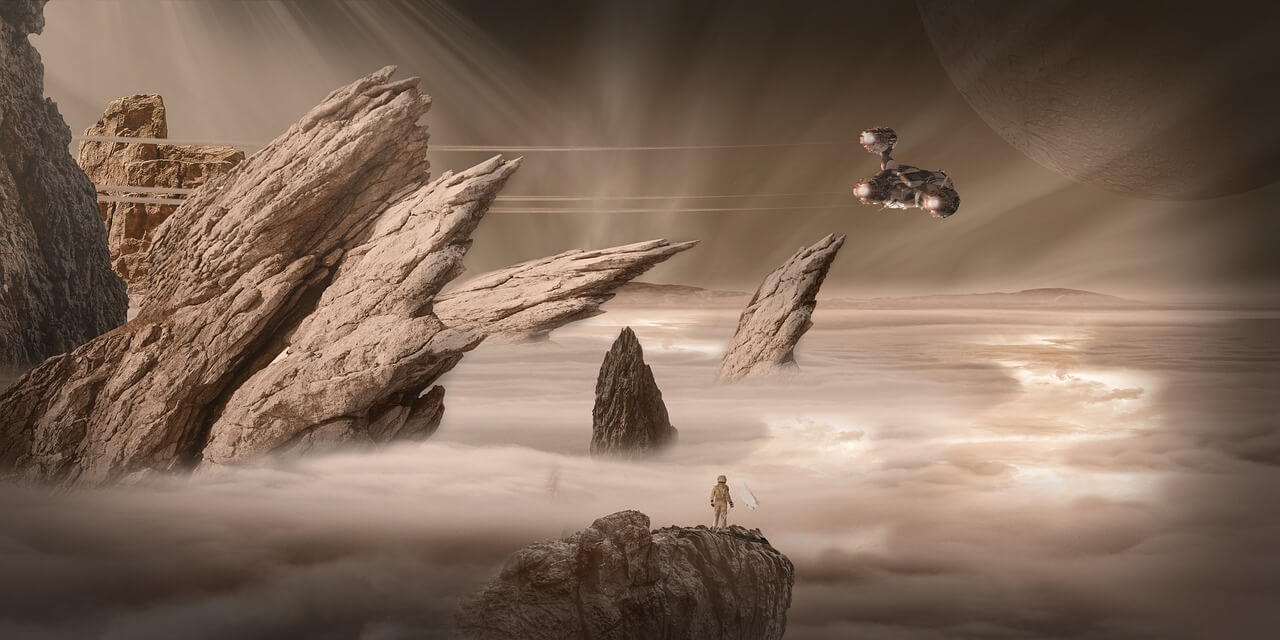 The Dragon Storm was a powerful source of radio emissions and it was observed in Saturn’s Southern hemisphere during September 2004. The radio waves from the Dragon Storm were similar to the short bursts of electrostatic discharge which is generated by lightning on Earth.

One of the most fascinating facts about this storm is that the bursts were observed only when the storm was rising over the horizon on the night side of the Saturn and the bursts stopped when the storm moved into sunlight. This amazing phenomenon was first observed by NASA’s Cassini spacecraft. This on-off pattern of the storm repeated over a period of several weeks.

The pattern was similar to the clockwork-like repeatability by which it can be easily understood that the storm and the radio bursts were related to each other. Scientists have come to a conclusion that the Dragon Storm is a huge thunderstorm whose precipitation generates electricity as with thunderstorms on our Earth. The storm may be gaining its energy from the deep atmosphere of Saturn.

The Great Dark Spot of Neptune

The Great Dark Spot was a huge spinning storm which was located in the southern atmosphere of Neptune. Approximately, this storm was of the same size as Earth. Winds of this storm were measured at speeds of up to 2414.02 km per hour. These were the strongest winds ever recorded on any planet in our solar system.

It was first discovered in 1989 by the Voyager 2 spacecraft when it flew past Neptune. In 1994, when the scientists were observing Neptune by the Hubble Space Telescope, the Great Dark Spot was gone. In the northern atmosphere of the planet, a new spot had appeared by that time.

Why is it called a Dragon Storm?

According to those scientists, this storm is actually a long-lasting storm in the deep atmosphere of Saturn which periodically flares up to generate dramatic, bright and white plumes that become less bright over time. One earlier observation of this storm in July 2004 was also associated with its strong radio bursts.

Neptune’s clouds are driven by winds blowing at speeds of up to 1200 m per hour. These winds are the fastest winds of any planet in our solar system. But the thing which continues to remain a mystery is that how such high-velocity winds come to be on a planet which is so far from the Sun.

Where is Saturn’s Aurora?

Saturn’s auroras were first discovered by scientists in 1979. These shining ribbons of light still fascinate astrologers after three decades. Saturn’s auroras are extremely tall. It rises about hundreds of km above the planet’s polar regions. And unlike the auroras on our Earth which usually disappears after only a few hours, the auroras on Saturn can shine for several days.