A nova and supernova are both extremely bright events in the sky that are generally observed during the night and they are also visible to the naked eye. Until very recently, these two terms were used very synonymously. However, many scientists have found in their recent discoveries that nova and supernova explosion have completely different causes.

How the term “nova” was invented?

Tycho Brahe, a Danish astronomer and writer, originated the term “nova” after observing the supernova SN 1572 in the sixteenth century in the constellation Cassiopeia, which is located in the northern sky. Brahe described his observation in his book De Stella nova, which means “concerning the new star” in Latin. It was from here that the term nova was invented. But actually, the event which he observed was a supernova. 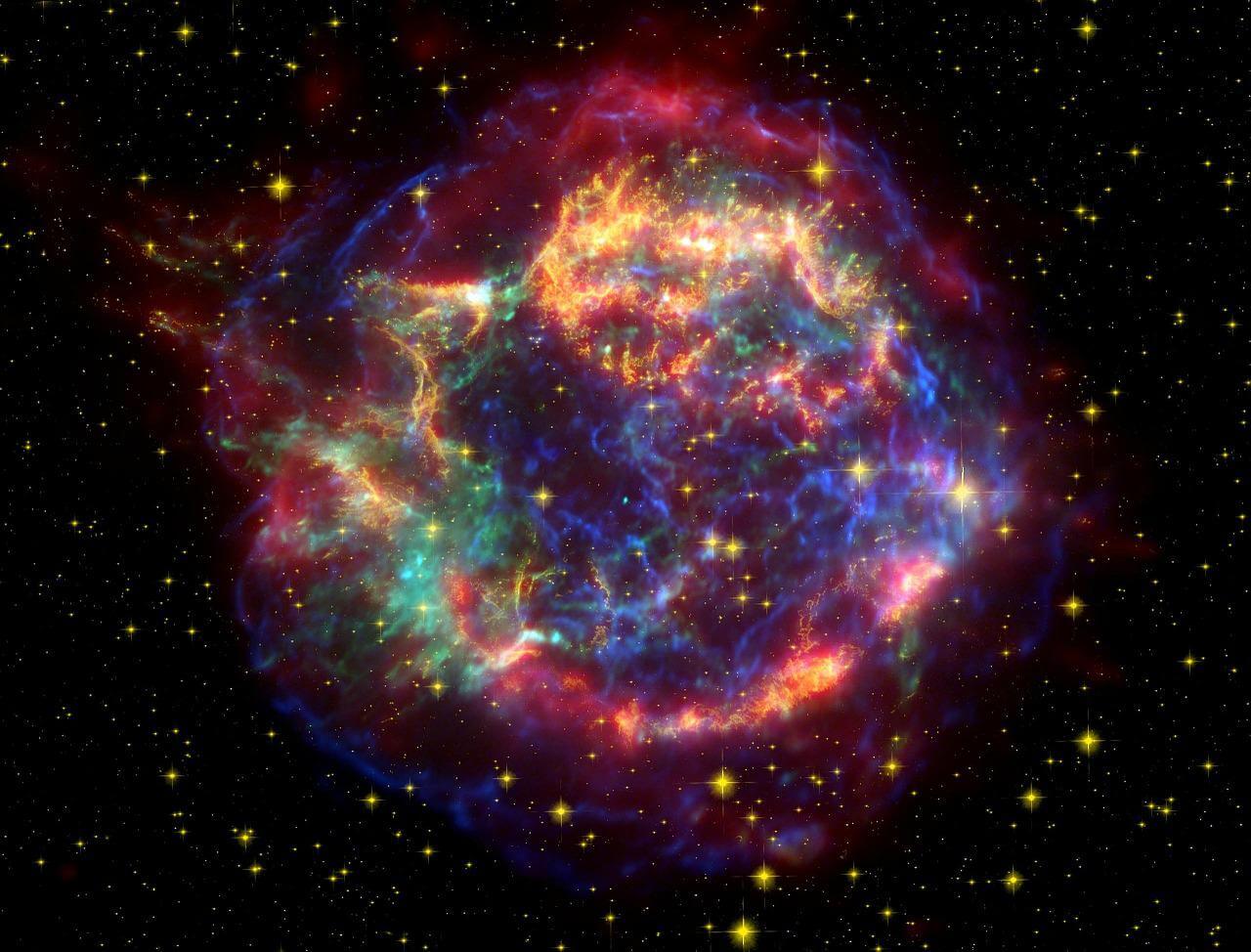 A nova is a catastrophic nuclear explosion on a white dwarf. This devastating nuclear explosion is caused by the accumulation of hydrogen on the surface of the star. Due to the closeness in a binary system, hydrogen particles, after being extracted from the larger star, accumulates on the surface of a white dwarf. It then ignites and creates nuclear fusion in a devastating manner.

What causes a nova?

The gases are generally compacted on the surface of white dwarf due to its extreme gravity. When additional materials in the form of hydrogen particles is drawn into the surface, these gases are compressed and heated to extremely high temperatures. As the white dwarf is dying and it is composed of mainly degenerate matter, it does not absorb the material and expand or enlarge- as another star like the Sun would.

The hydrogen burning is not thermally stable when it has reached the required fusion temperatures for most binary system parameters. As a result of it, it converts a huge amount of the hydrogen into other heavier elements at a rapid rate in a runaway reaction. This releases an immense amount of energy, blowing all the remaining gases away from the surface of the white dwarf. This event produces an extremely bright outburst of light in the sky which is visible from the Earth even in the naked eye.

What is a Supernova Explosion?

A supernova is a stellar explosion that can outshine an entire galaxy for a brief period of time. The amount of energy, that is radiated in this explosion, is as much as the Sun or any other ordinary star is expected to emit over its entire lifespan, but this radiation is over a brief burst. The supernova explosion gradually fades from view over a time period of weeks or months.

How Supernova was discovered?

During lectures in 1931 held at California Institute of Technology, the term “super-novae” was first used by this pair of astronomers. Gradually the hyphen had been lost from “super-novae” and modern name was in use from 1938.

Thus, both amateur and professional astronomers conduct immense number of supernovae searching. Supernovae searches is mainly categorized into two groups: one type of searches is looking for relatively nearby events and another type is focused on supernova explosions occurring farther away.

How it is expressed?

READ ALSO :   International Astronomical Union- Why Pluto is not a Planet?