A volcano is defined as a mountain which faces downward to a pool of molten rock below the surface of our planet Earth. When pressure builds up in the volcano, eruptions occur which is known as volcanic eruption. The gases and molten rocks in volcano increase rapidly by large amount and it start to overflow through the opening at the top of the volcano. Also, it fills the air with lava debris. These eruptions can cause various phenomenon – lateral blasts, lava flows, hot ash flows, mudslides, falling ash and floods. In the past history, volcanic eruptions have destroyed many forests entirely. There are many volcanoes found in our Earth and in other planets also. Volcanoes on other planets include- Olympus Mons, Volcanic Io, Maat Mons and Triton.

Volcanoes on Other Planets

Olympus Mons consists of a central structure which is approximately 22 km high and 700 km wide. It is the tallest mountain in our solar system and a global landmark on Mars. Olympus Mons is thrice as high as Mount Everest, the tallest mountain in Earth. Its gigantic size has been attributed to the stability of the crust of Mars and also its long accumulation time, which could be more than a billion years.

Io, one of Jupiter’s natural satellites, is the most volcanically active place in our solar system. In 1979, Volcanic eruptions were first observed in Io by the Voyager spacecraft. They have also been observed by the American spacecraft Galileo, which is currently exploring the Jupiter, its rings and moons.

Volcanic eruptions on Io are so harsh that there are no impact craters, created by asteroids or comets, found on its surface because craters are quickly filled with material released from eruptions, the moment when they appear. For this volcanic nature of Io, it is not surprising that the moons of Jupiter are named after various mythological characters which are associated with fire and volcanoes.

The surface of Venus is a volcanic plain, which was formed when the lava flow hardened approximately 80 million years ago. More than three-fourths of its surface is created in this manner. There are several hundreds of volcanoes found around this planet. Maat mons is the highest among those. Its peak is found approximately 5 km above the surface. If Maat Mons is still active, this could be the reason of presence of sulphur dioxide and methane in its atmosphere. 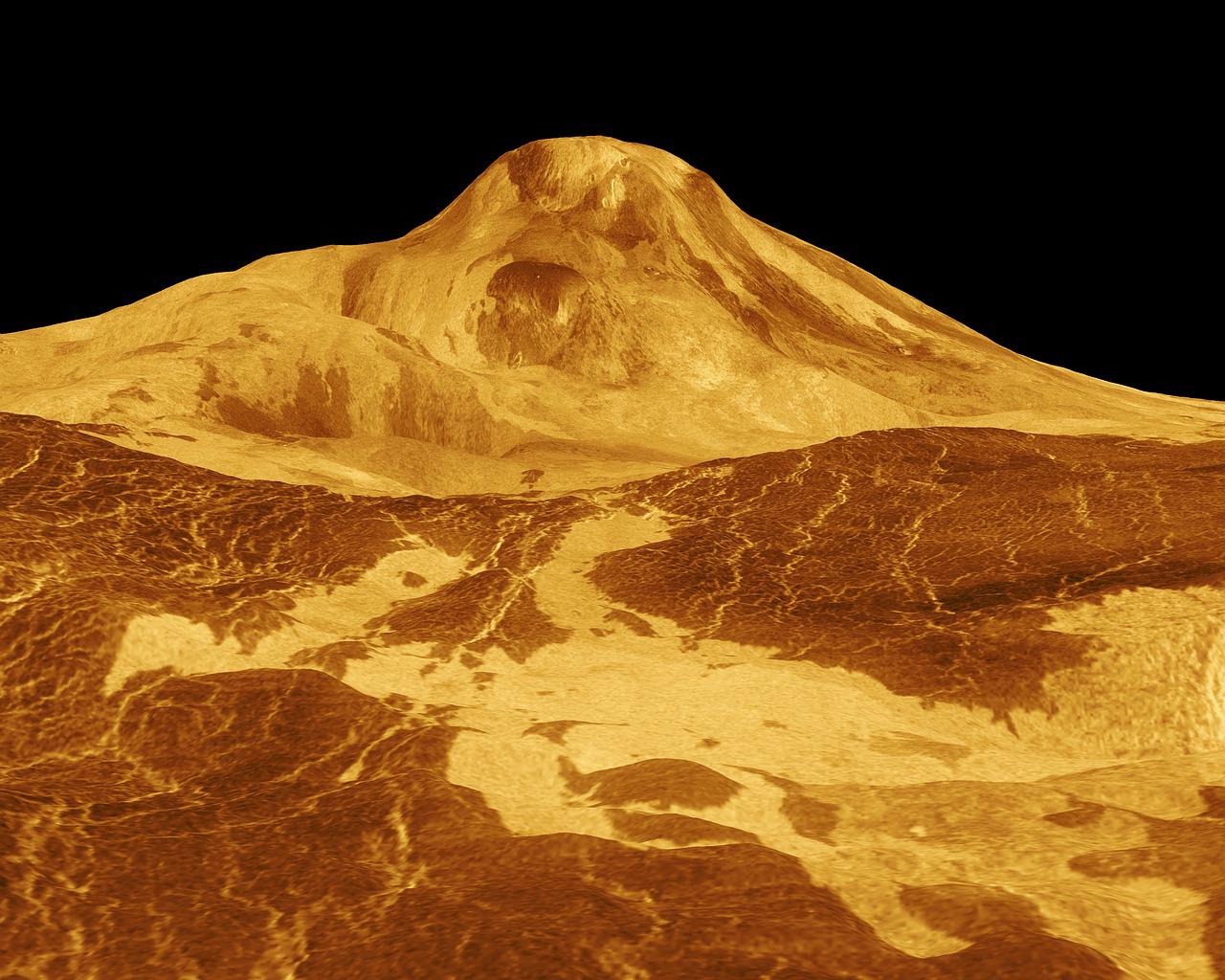 When the Voyager 2 spacecraft flew past Triton, one of the moons on Neptune, it discovered plumes which was similar to geysers. These were releasing from the surface of Triton. This phenomenon was observed due to a process called “cryovolcanism”.

This activity mainly occurs in those regions where the Sun’s light penetrates the frozen nitrogen ice, which covers its surface. The icy material, which is found below the surface, is heated and vaporized due to this. Thus, a greenhouse effect is created.

Mauna Loa is the largest volcano in the world. It is located on the south-central part of the island of Hawaii. Its first well-documented eruption occurred in 1843. Since then, it has erupted approximately three dozen times. It is a shield volcano which remains snow-capped frequently during winter. Mauna Loa is actually located in a chain of active and inactive volcanic islands. Here the Pacific plate moves over a hot spot in Earth’s mantle.

When the continental plates of our Earth are forced one below another, frictional heating is generated.  As a result of it, volcanic eruptions occur. Mount Vesuvius which is located near Naples in Italy, was created for this reason. Although it does not erupt frequently, it is still regarded as an active volcano. But when it erupted, it had a devastating effect. Large amount of ash is blown up in the air and tsunamis are created in the nearby sea.