Rail guns and lasers in space are used in most cases. But currently the only problem is that the batteries in space are not big enough to power them.

On 21st February, 2008, the USA used a SM-3 missile to destroy a satellite named as USA-193, which is actually a spy satellite. At that time the satellite was 247 km above the Pacific Ocean. Japan also uses the SM-3 missile system as anti-satellite weapon.

Space warfare can use a large variation of weapons. Some are currently in existence while others are in the world of science fiction.

Systems proposed for ballistic wars range from measures as simple as ground and space-based anti-missiles to rail guns, space-based lasers and orbital mines.

Since spacecraft and satellite depend very heavily on electronics, these systems are designed to jam or destroy enemy electronics.

The energy that a projectile would gain when it falls from orbit would make almost similar impact like most powerful explosives. Thus, simply dropping objects from orbit is a usable weapons system.

Lasers, linear particle accelerators or particle-beam based weapons, microwaves and plasma-based weapons all depend upon imparting high energy density to various particles and targeting the enemy with them. 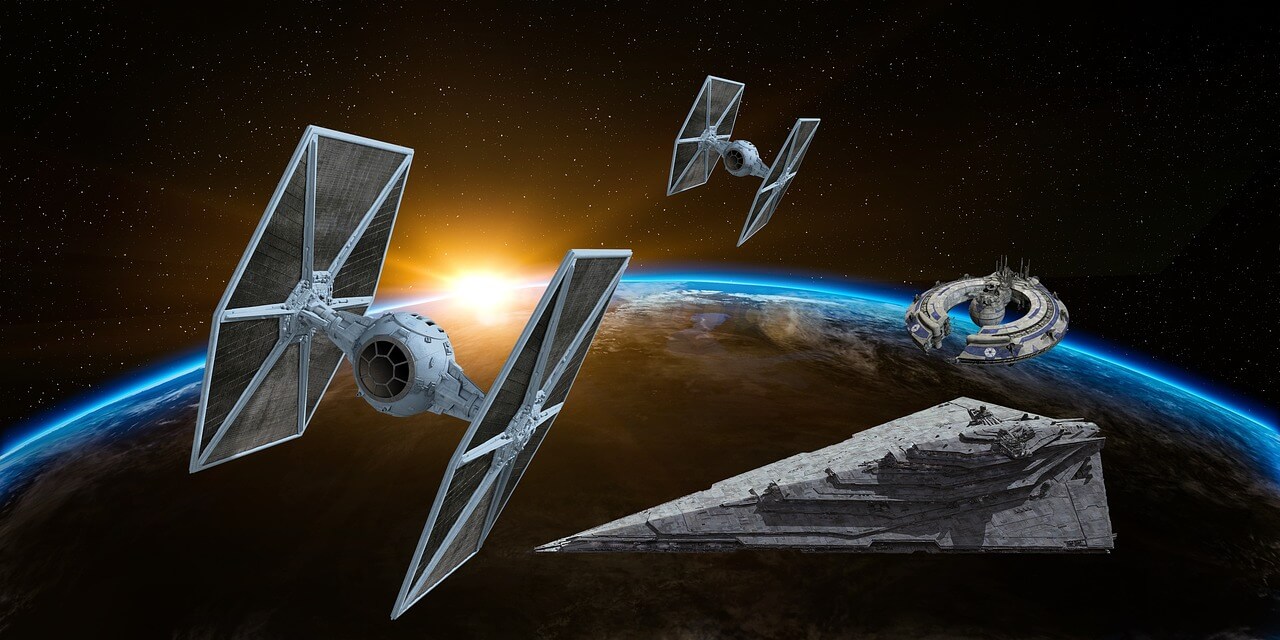 The presence of weapons in space gives a significant tactical and strategic advantage to those countries who hold space weaponry. Mutually Assured Destruction (MAD) would then trigger a competition between nations for superiority in the development and accumulation of weapons in space.

So, when MAD became the tactical strategy during the Cold War between the two superpowers in the world- the USA and the USSR, many other countries came together to avoid this severe threat of nuclear weapons to space-based launchers and also to prevent any kind of catastrophe.

Provisions of the Outer Space Treaty

2. Outer space should always be free for exploration and use by all countries.

3. Outer space, including the Moon and other celestial bodies, is not subject to national appropriation by claim of supremacy, by means of use or occupation or by any other means.

4. All the countries are not allowed to place any kind of nuclear weapons or other weapons of mass destruction in orbit or on any other celestial bodies or station those weapons in outer space in any other manner.

5. The moon and other celestial bodies should be used only for peaceful and non-military purposes.

6. Astronauts should be considered as the representatives of humankind.

7. All the countries should be responsible for national space activities whether it is carried out by governmental or non-governmental space agencies.

8. States should be responsible for any kind of damage in outer space, including all the celestial bodies, caused by their space objects.

9. States should avoid harmful contamination of space and all other celestial bodies.

Shortcomings of this treaty

The major shortcoming of this treaty is that the outer space treaty does not ban the placement of weapons in space in general. It only bans nuclear weapons and weapons of mass destruction in space. Thus, the United Nations General Assembly formed the Space Preservation Treaty against all kind of weapons in 2006.

READ ALSO :  Can we Colonize Space?